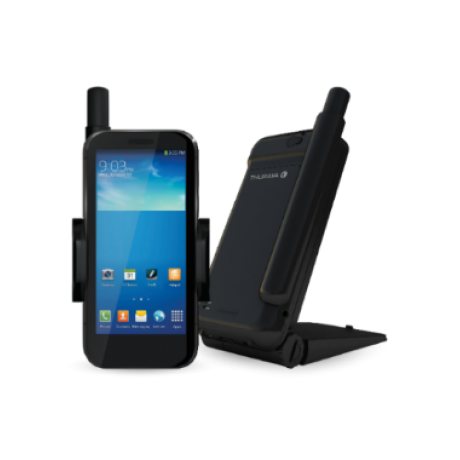 Turn your smartphone into a satellite phone! The next generation of adaptor for your smartphone has arrived. Available in 2 different models to suit how you use your phone while outside mobile coverage areas, the SatSleeve allows for voice calls, SMS, email and app access while you’re off the grid.

Use your smartphone in satellite mode when you are outside mobile coverage areas.

The SatSleeve Hotspot and the SatSleeve + come with a dedicated SOS button that works even when a smartphone is not connected.

High Penetration Alerting (HPA) capability enables you to receive calls even if the satellite antenna is retracted.

Created for users preferring to use their smartphone separated from the satellite unit, the SatSleeve Hotspot gives you the range and room to move while you use your phone. The SatSleeve Hotspot sits with line of sight to the satellite (in an outside location) while you can be inside making calls, sending and receiving SMS or using satellite data for email, apps and browsing the internet.

Please note: use of satellite telecommunications services and devices may be prohibited or restricted in some countries.