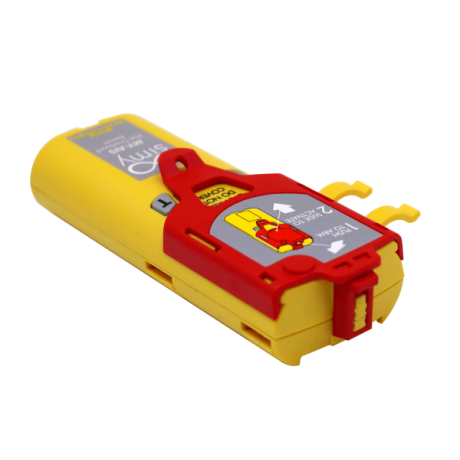 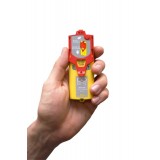 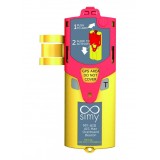 “The AIS MOB100 is an ultra compact AIS MOB beacon/SART.  Its designed for manual or auto activation from a lifejacket and when triggered will send the casualty position 8 times a minute to any AIS equipped vessels or shore stations. Range is typically 5-10NM.”

Digital Yacht have teamed up with SIMY to create World’s smallest AIS MOB Beacon (personal SART).  SIMY is a division of leading space company Syrlinks (designers of the Rosetta probe) who specialise in miniaturising and low power electronics.

The new MOB100 measures just 115 x 40 x 22mm and weights just 95g.  It’s designed for manual activation or can be attached to an automatic inflation lifejacket onto either a strap or the lifejacket inflator which will allow it to automatically activate when the life-vest inflates.  The unique cover design requires just a 1cm downward movement created by the strap and lifejacket inflation to auto activate and deploy the spring antenna. On foam filled life-vests, the unit would be fitted to the outside and set up for manual activation.

The AIS MOB100 Beacon incorporates a super sensitive 72 channel GPS and AIS SART transmitter.  When activated, it sends the casualty’s current location as an AIS transmission which can be detected by any vessel equipped with an AIS transponder or even a simple AIS receiver.  All Digital Yacht AIS products are fully compatible with AIS MOB/SART transmissions.  The AIS device or plotter display shows a unique MOB target identifier to position the MOB onto the navigation system.  Optional devices like Digital Yacht’s AIS LifeGuard can also automatically sound an audio alarm to alert the crew of the emergency MOB situation.  Coast and monitoring stations can also pick up the signal which is identified using a unique signal as a MOB distress situation.  Range is typically 5-10nm depending upon sea conditions.  When activated, the MOB position is sent 8 times a minute as a priority AIS SART message and the strobe LED flashes to aid night time recovery.  If activated accidentally, the MOB100 can be physically reassembled and reset.

The MOB100 has a 7 year battery built in which will operate for at least 24 hours continuously when activated.  It’s totally waterproof and has a test facility to check operation as required.